Wheelhouse welcomed these community college leaders as members of the Institute on Leadership’s inaugural cohort in 2017. 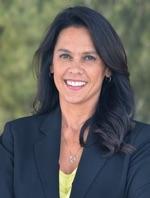 Julianna Barnes began her tenure as Cuyamaca College President in October 2015. She brings more than 25 years of experience in higher education to this position, including over 15 years in community college leadership and close to ten years at the University of California, San Diego (UCSD). She holds a doctorate in educational leadership with a community college specialization and a master’s degree in education/ multicultural counseling, both from San Diego State University, plus a bachelor’s degree in sociology from UCSD. 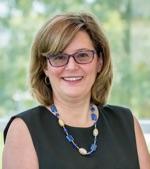 Dr. Lori A. Bennett was appointed to serve as the second president of Clovis Community College in July 2016. As President of Clovis Community College, Dr. Bennett is responsible for leadership, budget oversight, and supervision of the newest California community college, serving almost 10,000 students annually. She is leading the college in developing an educational master plan and strategic plan, expanding the Career Technical Education program, and overseeing the $70 million new facilities project. 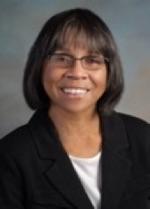 Dr. Joi Lin Blake has over 30 years of progressive administrative and leadership experience in Instructional and Student Services programs. She formerly served as President of College of Alameda in the Peralta Community College District. Her administrative and leadership positions have also included, Vice President of Student Services at Skyline College, Dean of Student Development and Matriculation at San Diego Mesa College, and Policy Assistant for the U.S. Department of Education, in the Offices of the Under Secretary, and Vocational and Adult Education. 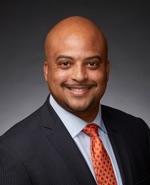 Dr. Edward Bush is an innovative leader with over 21 years of experience in higher education with 18 of those years in the California Community College system. Dr. Bush has a history of developing programs and services that foster both student access and success as well as creating successful targeted programs for historically underserved population. His professional career includes Vice-President of Student Services, Dean of Student Services, tenured associate faculty member in student activities, and an adjunct professor for several graduate programs.

Dr. Celia Esposito-Noy began her higher education career as classified staff at Chabot College, supervising tutoring services. Following graduate school, she served as a dean at a liberal arts college before returning to work in the community college system as adjunct faculty, director, associate vice president, vice president, interim president and most recently as Vice Chancellor, Educational Services at Chabot-Las Positas Community College District.  Much of her professional work has focused on developing strategies and interventions for successfully serving students enrolled in basic skills classes, students suffering from trauma, and those with mental health challenges. 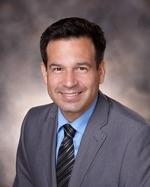 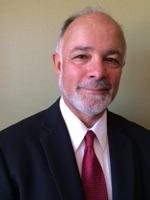 Dr. G.H. Javaheripour was appointed president of Yuba College in February 2015. The College provides education and training for approximate 9,500 students and a service area that covers three counties. Dr. Javaheripour has guided reaffirmation of the College’s Radiologic Technology, POST, and Fire Technologies programs. He has stabilized the College by recruiting permanent faculty, staff and administrators, developing a barrier-free relationship based on shared and transparent shared-governance principles, and encouraging an environment where risk taking and innovation are encouraged. 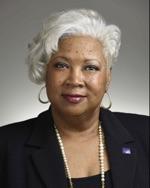 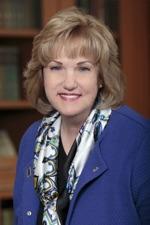 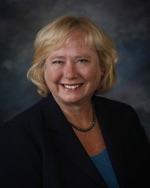 Dr. Cheryl Marshall is the Chancellor of North Orange County Community College. She has long been an advocate for student success and collaborative decision-making. She has more than 20 years experience in higher education, with roles ranging from President, to Vice President of Instruction, to Director for the Center of Excellence, to teaching and facilitating a variety of business courses and seminars. She has dedicated much of her professional time to partnering with fellow educators, community members, and business colleagues to strengthen the alignment of pathways from school to career. 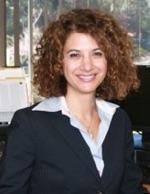 Mojdeh Mehdizadeh began her tenure as President of Contra Costa College in July of 2016, having formerly served as Interim President since January, 2015. She has overseen the development of the college’s five-year strategic plan, ensured the completion and grand opening of the largest facilities bond-funded project in the history of the District, and streamlined planning efforts. She formerly served as Executive Vice Chancellor of Education and Technology at the Contra Costa Community College District and began her career at Diablo Valley College in the area of student services and later institutional research. 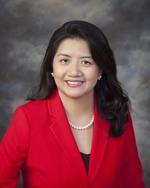 Thuy Thi Nguyen, J.D., serves as the seventh President of Foothill College in Los Altos Hills, California. She is believed to be the first Vietnamese American college president in the country. Prior to her arrival at Foothill, she served as interim general counsel for the California Community College’s Chancellor’s Office. As overseer of equal employment opportunity plans for 72 community college districts and 113 colleges, she led the move to an innovative funding approach that encourages community colleges to assess and strengthen their efforts in equal employment opportunity. 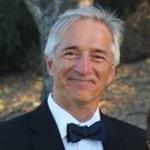 Dr. Omid Pourzanjani’s passion in life (besides his family) is to help improve people’s lives through education. He spent the first 25 years of his higher education career working one-on-one with students in the classroom,  and the past 10 years working to improve educational systems, policies, and processes. He spent one of those 10 years at the Chancellor’s Office helping to build the Doing What Matters for Jobs and the Economy framework. For the past four years, he has led academic affairs and student services functions at Golden West College. 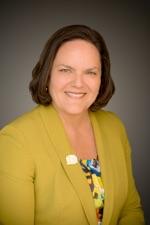 Dr. Kathleen Rose has served the California Community College system since 2002. For seven years prior to her appointment as President of Gavilan College, she was its Executive Vice President and Chief Instruction Officer. Prior to coming to Gavilan, she was the Vice President of Instruction and Dean of Fine Arts, Language Arts and Social Science at Hartnell College in Salinas. Perviously, she served Associate Dean and Campus Director at Chapman University, where she administered undergraduate and graduate programs in Arizona and California at military and community locations. 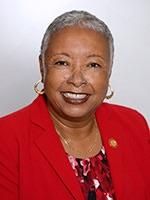 Dr. Linda Rose is president of Santa Ana College, where her responsibilities include planning, organizing and implementing educational policy and procedures to develop curriculum and student support services; budget management; enhancing partnerships with business, governmental and community organizations, as well as with K-12 and higher education institutions in the area; and leading the institution’s fund development efforts. Dr. Rose also served as president of Los Angeles Southwest College from 2014 to 2016. 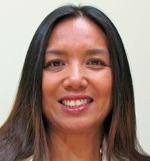 Dr. Rowena Tomaneng’s leadership, teaching, service, and research are guided by social justice frameworks. She has been a multicultural educator for more than 20 years, creating bridges between community colleges and community based organizations such as Silicon Valley De-bug, Public Allies, and the Asian Pacific American Leadership Institute. She previously served as the Associate Vice President of Instruction at De Anza College, overseeing student-centered offices and programs, including the Office of Equity, Vasconcellos Institute for Democracy in Action, and Pathways programs such as Puente, Umoja, and IMPACT AAPI. 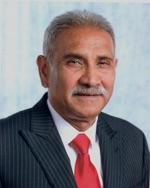 Dr. Rajen Vurdien is the fifteenth Superintendent/President of Pasadena City College. He formerly served as President of Fullerton College, and Vice President for Instruction of Saddleback College. In the 1980s, he worked for the United Nations Development Program. He was positioned in China where he taught English and ran the UN language programs. He has also served as Director of Graduate Programs in Education, Professor of Reading at Gwynedd Mercy College; Associate Professor and Chair of Reading at Long Island University; Instructor of Reading and Dean of Language Arts and Physical Education at Long Beach City College. 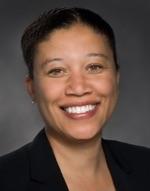 Denise Whisenhunt, J.D., currently serves as the Interim President at San Diego City College. Previously, she was the Vice President of Student Services at City College. She holds a Juris Doctor degree from the Columbus School of Law at the Catholic University of America. 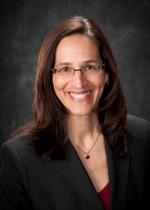 Dr. Samia Yaqub is the seventh president of Butte College. Previously, she served as the college’s interim Superintendent/President. Her goals include reducing the achievement gap between minority and non- minority students, while increasing recruitment and improving retention. Previously, she served Butte College as Vice President for Student Learning and Economic Development and Dean of Language Arts and Humanities and Dean of Instruction, Transfer and General Education. 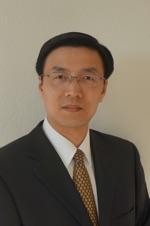 A passionate community college educator, a creative entrepreneur and an innovative leader, Dr. Wei Zhou is the eighth President of Crafton Hills College, serving 18 cities and areas in Southern California. He is dedicated to student learning and success, equity and diversity, and staff and organizational development. Prior to joining Crafton Hills, he served as Vice President of Instruction and Interim President at Cuyamaca College, Vice President for Academic Affairs at Copper Mountain College, Dean of Math, Science and Engineering at Evergreen Valley College, and in numerous teaching, research and administrative roles.

Wheelhouse is grateful to the Institutional Effectiveness Partnership Initiative (California Community College Chancellor’s Office), the James Irvine Foundation, the Hearst Foundations, and the Evelyn and Walter Haas Jr. Fund for supporting the participation of these distinguished Fellows in the 2017 Institute on Leadership. 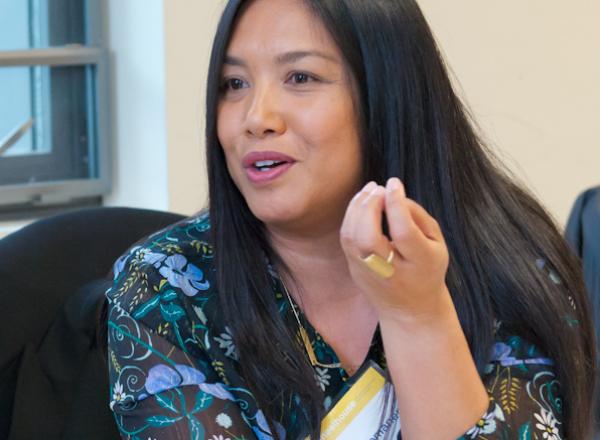 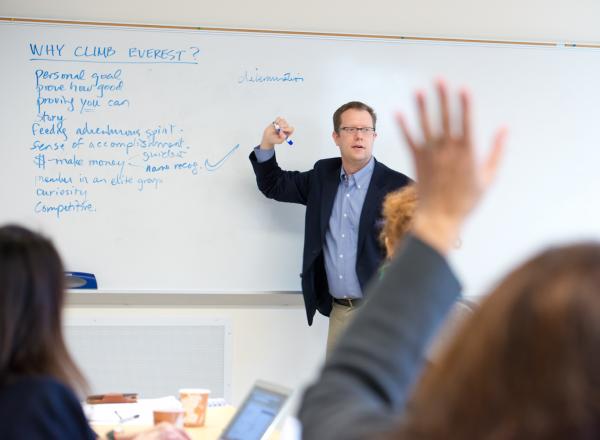 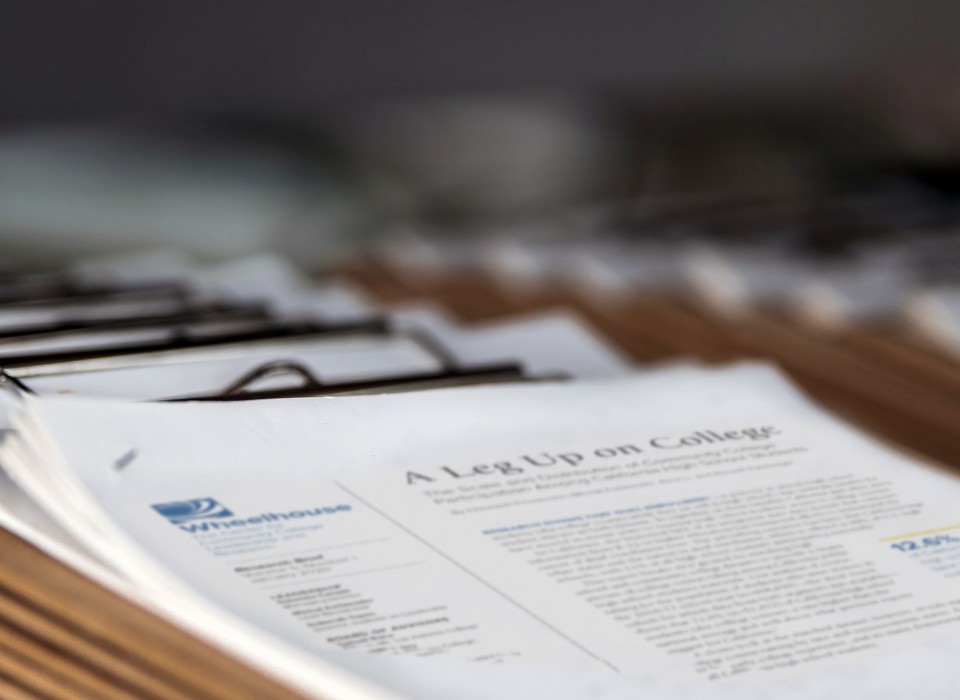