Students are excited by 3D printing 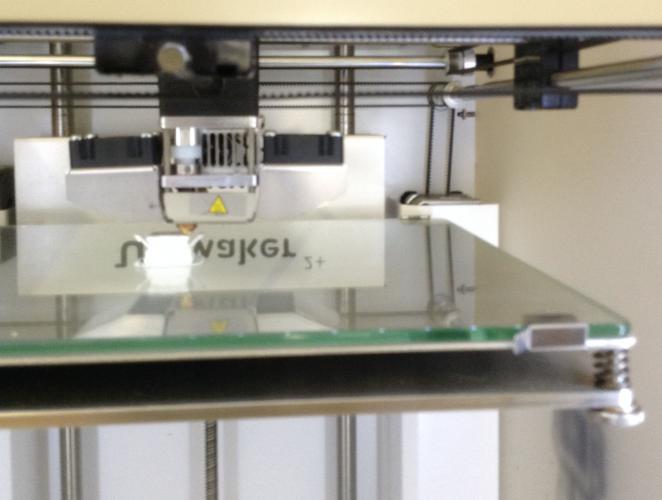 After arriving in the parking lot of the Boys and Girls Club, we quickly discussed the plan for the day. I wanted to do a Chinese Paper Lantern activity, but I was nervous because I only had a vague idea of the structure of the lantern. Fortunately, I was confident enough to give it a try as we entered the B&G club.

I entered our usual room and was surprised to find that there were fewer than the typical number of students that day (only about 3-4 consistent members and no one else). Tony greeted me happily and was excited to see the 3D printer again. While Tony was chatting with me about his interests in action figures and what our plan was going to be for the day, we set up the equipment. I explained to the people in the room that we are going to be making Chinese Paper Lanterns and to use the design to create a lantern that will light up using a switch. Everyone was excited at this idea for a while; however, when discovering the electronic components and how the wires functioned, this lantern activity was soon forgotten in favor of playing around with the provided components. Tony went after the soldering iron, an LED, a switch, and a battery while another kid, played with the wire, LED, and battery. I was slightly disappointed that I wasn’t able to attempt the lantern activity in its entirety but I was happy in seeing the kids move around and experimenting with the equipment.

As this was happening, Eli wanted to print out his keychain, so I went to the other side of the room to print it out. Michael and Eli were both enthralled at the 3D printing process and I was proudly explaining how it works. As the printer was doing its job, I went back to check on the kids with the electrical components. One of the students got his thumb stuck in the wire roll. It took some time, but with some soap and water we got him free. While we were working on that, he asked me politely to promise him to help him make his own circuit after I help him get the wire roll off of his thumb. When we got to it, we had some troubles making connections, so I decided to use the copper tape I brought with me to help finish the circuit. I was worried that the circuit would not hold up; however, and to our relief, the LED glowed brightly.

As we were finishing up the circuit, I noticed that Eli’s print was almost done. I took the print off of the 3D printer and gave it to him; he was disappointed that the ‘4’ in the ‘49er’s’ logo was distorted, but was generally happy to finally get the keychain that he worked hard at for a while. He asked about if the 3D printer was going to be at the next session and I said yes; he was very excited at being able to print more objects.

As I drove back to UC Davis, I was relieved that everything went well. I decided to plan for the lantern activity to happen during the next session or another, different activity. I was excited and ready to show the kids and staff more interesting things that we can make with scientific principles.