Thiamine Deficiency Complex (TDC) was first documented in California’s salmon in 2020. Symptoms in TDC juveniles manifest as spinning, lethargy and lethargic behavior prior to eventual death.  As scientists investigated the cause, the team at the UC Davis Center for Community and Citizen Science, in collaboration with researchers at the UCD Center for Watershed Sciences, NOAA Fisheries and the Department of Fish and Wildlife, developed an observation protocol and lesson sequence as part of the Aquariums In the Classroom Program. The goal was to help gather data during these critical life stages. The scientists measured the thiamine concentrations in the eggs and students measured the survival and TDC symptoms of their progeny. The student data will be used to quantify the relationship between egg thiamine and juvenile survival, a key missing piece of information needed by the broad coalition of scientists working on solving the TDC puzzle.

Before beginning the project, teachers were trained in best practices for engaging youth in citizen science. Teachers were also supported throughout the project with ongoing mentoring and direct connections with the research team. Lessons were developed to help students better understand TDC, student data contributions, as well as the ongoing issues impacting the Central Valley’s salmon population. For 8 weeks over 600 students across four counties from the impacted regions monitored behavior and mortality rates, submitting their data bi-weekly. Student data was then posted to a collaborative site (see student data here) where they could compare their findings with each others’. 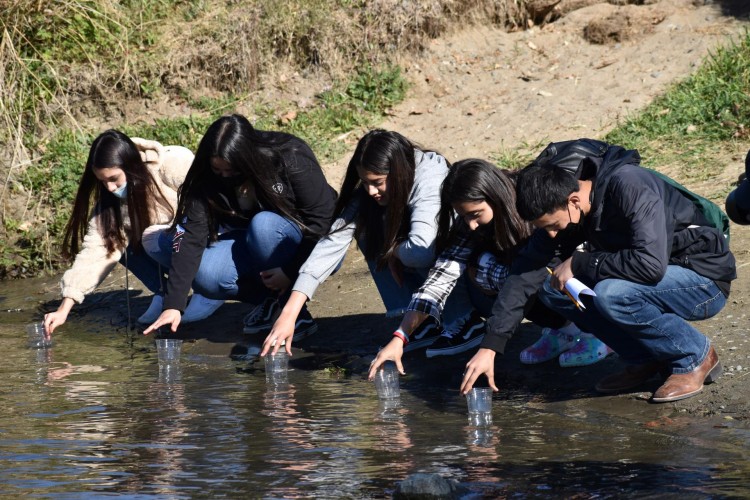