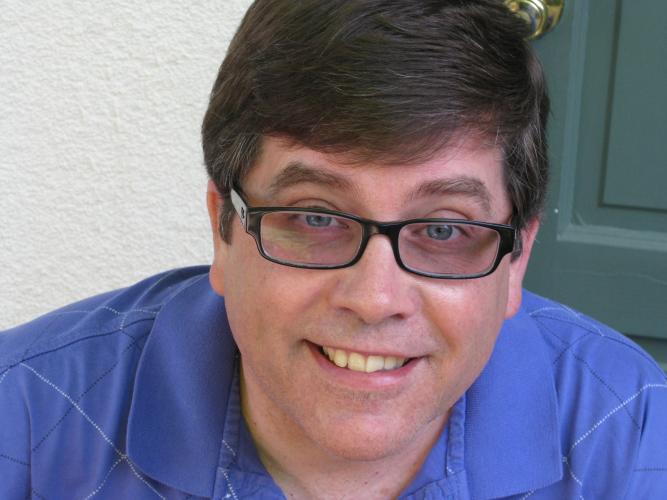 Brian Riley, a PhD student in school organization and educational policy, was recently honored by the California Association of the Deaf for his outstanding service to the California Deaf Community.

As an alumni leader of the Unity for Gallaudet education reform movement of 2006-2007, Riley met with congressional staff members and advised them on issues of deaf education policy. In 2006, he provided information to national television and print journalists for stories that ran on the NBC Nightly News, in the New York Times, the DC Examiner, and the Chronicle of Higher Education. Riley also served as campus-wide Graduate Student Association Chair from July 1, 2010 to June 30, 2011, and as head of the academic graduate student constituency.

Riley wrote an article on education policy for The Endeavor (fall 2008), a magazine published by the American Society for Deaf Children; provided research information on language policy to board members of the California Association of the Deaf; and has served on the board of the Deaf Bilingual Coalition since April 2009, serving on the Public Relations Committee.

With a $15,000 scholarship from the Philanthropic Educational Organization (PEO), Betsy Gilliland, a fifth year PhD student, funded her dissertation data collection and presented at three conferences this year (Symposium on Second Language Writing, AAAL: American Association of Applied Linguistics, and CATESOL: California Association of Teachers of English to Speakers of Other Languages). She also made presentations to four PEO chapters in the greater Sacramento/Bay Area as well as presenting at the California PEO State Convention on May 29.

In addition to working on her dissertation, Gilliland teaches in the Teachers of English in Other Languages certificate program through UC Davis Extension and worked on a redesign of the program with School of Education Alumna Susan Catron (EdD 2009). Gilliland also teaches EDU 292, a seminar on language, literacy, and learning in the School’s MA for Practicing Teachers program.

“I love this class and am definitely convinced that what I want to do after I graduate is teach in a program where I can work with current and pre-service teachers,” said Gilliand.

Sumer Seiki is the graduate student recipient of the 2009-2010 Chancellor’s Achievement Award for Diversity and Community.

Addressing the issue of marginalization head-on, Seiki presented “Academic Inclusion: Undoing Marginalization,” a week-long art exhibit and symposium that explored such topics as racism, sexism and classism in the UC Davis community. Accepting a range of poetry, film and fine art submissions from campus artists personally influenced by discrimination, Seiki used the exhibit to bring the often covert nature of marginalization out into the open.

“Oftentimes only close friends or family hear these types of stories and experiences,” she said. “I think if we understand what is happening on campus, we can work toward change.”

With assistance from her faculty advisor, Karen Watson-Gegeo, Seiki designed small group discussions during the two-part symposium to raise awareness of marginalization experiences and to work toward active change and increased unity. Noting the ethnic diversity of UC Davis’ student population has greatly increased over the past decade, Seiki believed the symposium also offered an opportunity for campus instructors to practice cross-cultural teaching and communication methods.

Seiki, a sixth year PhD student with a science education emphasis, earned a bachelor’s degree (’00) and master’s degree (’05) in plant biology at UC Davis. “I’ve been at UC Davis for so long,” she said, “I wanted to give back in this way.”

Eric Garber, a science teacher at West Sac Early College Prep and a student in the School of Education’s Master’s for Practicing Teachers, has developed a digital guide of free resources and advice for teachers, students and parents.

The site enables Garber to share experiences and discoveries he has made using technologies in the classroom. “My goal is to apply technology purposefully and integrate its tools to enhance a collaborative learning environment intended to free us from the traditional singular approach to teaching and learning,” said Garber. Check out the guide at techrichclass.com.