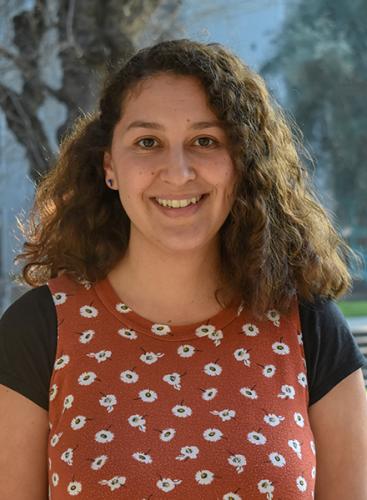 Dr. Bañuelos received her PhD in Sociology from the University of Chicago in 2016 and worked at the Robert W. Woodruff Library at Emory University prior to coming to Davis. She studies the history of higher education – especially the evolution of for-profit occupational training programs targeted to women and students of color. She is currently writing a book on the history of the modern for-profit university. Dr. Bañuelos is also interested in initiatives that increase undergraduates’ engagement with historical and archival work. For example, she is the co-founder of the Emory First-Generation Oral History Project.

This book aims to explain why the dominant form in for-profit higher education shifted from small, certificate-granting schools for bookkeepers and secretaries to large, publically traded universities granting advanced degrees. The years 1965 to 1985 are critical period for understanding this shift. In this decade, for-profit colleges and universities (FPCUs) gained full access to federal student aid, won regional accreditation, began offering degrees also found at traditional universities, attracted an entirely new student clientele, and survived competition from community colleges. Each chapter of this book focuses on one of these achievements in detail, with the ultimate goal of explaining how FPCUs moved from the periphery of higher education closer to its center.

California Police Professors and the Birth of Criminal Justice Education

In the 1960s and 70s, police reformers lost two important battles in the struggle to develop an educated and professionalized police force. First, they were forced out of the American Society of Criminology – an organization they had founded – by sociologists. Second, the School of Criminology at Berkeley closed amid large scale protests from students. In its heyday, the School of Criminology was the most respected program in the world for the study of police by police and for providing officers with a liberal arts education. This project documents these failures and explains how they gave rise to criminal justice – the academic discipline that has replaced police science at colleges and universities across the United States. California law enforcement – particularly the protégés of Berkeley police chief August Vollmer – are the key actors in this story. They participated in critical conversations about the role of police in a democratic society and envisioned a future for police work that has yet to come to fruition.

The Impact of College Education on the Moral Reasoning of Police Officers (with Jordan Sparks Waldron, University of Indianapolis)

Prior research has shown that college educated police officers are less likely to use force than their colleagues with less education. However, violence characterizes a very small proportion of interactions between the public and the police. Particularly after the advent of the War on Drugs, police have been called upon to interact with individuals who might otherwise come under the care of medical or mental health professionals. In this set of studies, we ask whether a college education impacts officers’ interactions with those battling drug or alcohol dependency. In particular, we are interested in whether police officers attribute blame for offenses committed by those who are under the influence differently than civilians and what impact, if any, college education has on this moral reasoning.