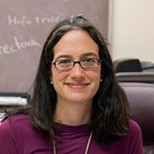 Carmelita serves a Senior Director in Operations in Oakland Unified School District, tackling interdepartmental problems that impact school sites.  Most recently she has focused on pandemic related food distribution and school reopening.  Carmelita was the founding principal of Oakland International High School, a community she lead for 12 years. OIHS is an alternative ed high school in Oakland Unified School District that exclusively serves newly arrived immigrants and refugees who need to acquire English as they complete high school. Prior to becoming principal, she was a founding teacher at Life Academy of Health and Bio-Science located in the Fruitvale neighborhood of Oakland. There, she taught 10th grade humanities, journalism and photography. In 2005 she was awarded the honor of “Oakland Unified School District Teacher of the Year,” and in 2007 she was named “Oakland Educator of the Year” by the Marcus Foster Foundation. Carmelita began her teaching career in New York City, teaching to a primarily Dominican population. Carmelita received her BA in Economics at Princeton University and studied abroad at the Chinese University of Hong Kong. She received a Masters in Education at Columbia University and received her administrative credential from the BAYCES (Bay Area Coalition for Equitable Schools) and California State East Bay.