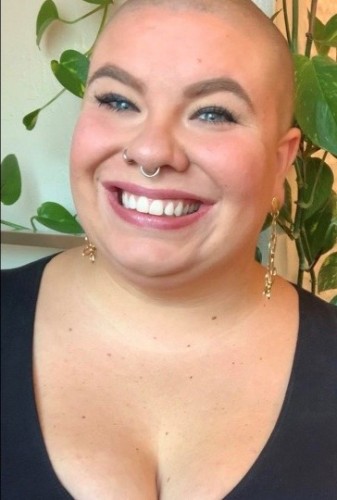 Kait Murray is an educator and researcher of community leadership whose work focuses on transforming agricultural and environmental education, both in and outside of schools. She is broadly interested in how people with marginalized sexualities and genders – particularly members of the LGBTQ community – navigate and change educational systems. She is interested in the complex relationships between individuals and these educational spaces: how they create them, experience them, resist them, disrupt them, uphold them, transform them. Kait’s work draws upon critical, participatory, humanizing, and feminist methodologies, with a focus on affecting change through both the process and products of research. Kait was recently awarded the 2020 Graduate Group in Education Award for Academic Distinction.

Kait is a researcher and organizer of multiple interdisciplinary research teams, including:

Kait also conducts research on LGBTQ educators in agricultural education, focusing on 4-H and FFA, with Dr. Cary Trexler. She holds two Graduate Student Researcher positions. As the UC Davis LGBTQIA Center GSR, she organizes graduate student programming, outreach, research and advocacy. With the Center for Community and Citizen Science she serves as the GSR for CitSci on the Farm.

Murray, K. (2013) Celebrating the Brand of You: Engaging and Mobilizing Communities as a Student. Alltech International Symposium. Lexington, KY.

Thesis: Exploring the Leadership Development of Undergraduate Students of Agriculture at The Ohio State University.