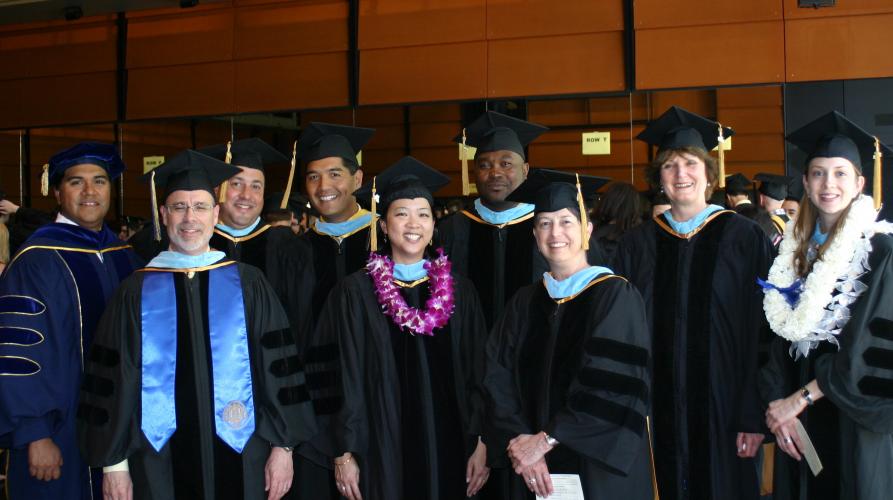 “Perceived Challenges and Factors That Influence, Inhibit and Contribute to Black Superintendents’ Success on the Job in California School Districts: An Exploratory Study”

My dissertation examines deeply the career trajectories of 13 women of color administrators at the dean, vice president, and president levels in the California community college (CCC) system. The study focuses particular attention on the specific opportunities and challenges that some of these women have encountered on their leadership career journeys by analyzing the following research question: How have women of color administrators navigated their career trajectories in the California Community College system? In addition, a subquestion asks, what strategies and sources of support have women of color in the California Community College system used to overcome multiple obstacles in their professional lives as administrators? In addition to describing the context of a post-affirmative action/Proposition 209 environment that does not allow race to be a sole or primary factor in CCC hiring decisions, the study reviews the relevant literature on the subjects of career development for women of color and the role of women of color in academia.

Chicanos and Latinos constitute the fastest-growing ethnic group in the United States, with the California public school system reporting a definitive majority (50.4%) of Raza students in 2010, and California community colleges (CCCs) approaching record one-third Chicano/Latino enrollments in the last five years. Since CCCs are the entry point to postsecondary education for most Chicano/Latinos in pursuit of a baccalaureate degree, the dismal transfer rates of this community to the California State University (CSU) and the University of California (UC) systems warrant: (1) investigation into the /fronteras/ (borders) imposed by institutions that block social equity and access to participation in public postsecondary education; and (2) examination of the attributes possessed by Chicano/Latinos which enable them to persist in the community college and successfully transfer to the four-year segments. Using Critical Race Theory (CRT) and Latina/o Critical Theory (LatCrit) lenses, and the qualitative methodology of counterstorytelling, this study was conducted at American River College to bring Chicano and Latino community college voices to the forefront as a means to identify and characterize the institutional factors and community cultural wealth held by students, which promote or impede their transfer goals. Findings suggest that leaders and institutional agents of change must re-examine and dispel the majoritarian assumptions and cultural deficit models which have dominated educational discourse and praxis for now 50 years and take cues regarding institutional reform from the experiential knowledge and insights embedded in the counterstories of Chicanas/os and Latinas/os and other marginalized student populations. Community college leadership is urged to implement programs, policies, and practices that acknowledge and leverage the community cultural wealth of Raza students while instituting an inclusive community college transfer culture.

My research sought to shed light on the potential outcomes of the universal 8th grade algebra policy that was passed by the California State Board of Education in response to a federal NCLB citation. I used several multivariate quantitative analyses to understand the difference in academic outcomes among lower ten percentile performing students by whether they were placed in either general math or algebra content courses. My results have implications for 8th grade algebra placement policy.

“An Innovative Approach to School: Connectedness By Way of Personalization and Relevance”