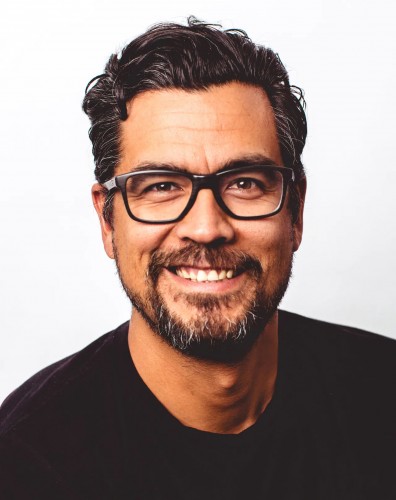 Since 2005, more than 15,000 Sacramento-area school children have benefited from Words Take Wing: Honoring Diversity in Children’s Literature. This annual celebration, held each February, gives students the opportunity to hear about the personal journeys and creative processes of acclaimed authors and illustrators of diverse children’s literature whose stories about Native American heritage, Asian culture, African American culture, and Latino identity, among many others, allow them to explore a wide range of perspectives and world views.

David A. Robertson is the 2021 recipient of the Writers’ Union of Canada Freedom to Read Award. He is the author of numerous books for young readers, including When We Were Alone, which won the 2017 Governor General’s Literary Award and the McNally Robinson Best Book for Young People Award. The Barren Grounds, the first book in the middle-grade The Misewa Saga series, received a starred review from Kirkus, was a Kirkus and Quill & Quire best middle-grade book of 2020, was a USBBY and Texas Lone Star selection, was shortlisted for the Ontario Library Association’s Silver Birch Award, and was a finalist for the 2020 Governor General’s Literary Award.

Robertson’s memoir, Black Water: Family, Legacy, and Blood Memory, was a Globe and Mail and Quill & Quire book of the year in 2020, and won the Alexander Kennedy Isbister Award for Non-Fiction as well as the Carol Shields Winnipeg Book Award at the 2020 Manitoba Book Awards. On The Trapline, illustrated by Julie Flett, won Robertson’s second Governor General’s Literary Award and was named one of the best picture books of 2021 by the CCBC, The Horn Book, New York Public Library, Quill & Quire, and American Indians in Children’s Literature. Dave is the writer and host of the podcast Kíwew, winner of the 2021 RTDNA Prairie Region Award for Best Podcast. He is a member of Norway House Cree Nation and currently lives in Winnipeg.

and our supporting sponsor