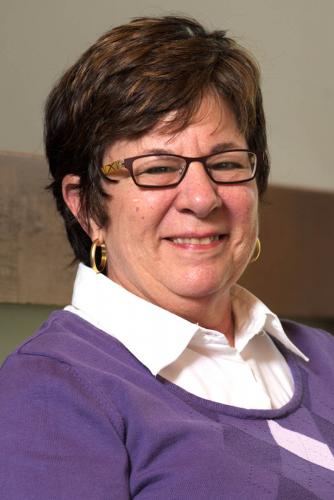 The article below was originally published in the Spring 2013 Catalyst

After 35 years of service to UC Davis, Barbara Goldman, associate director of teacher education, retired in June 2013. She left behind a legacy that stretches far beyond her three decades of devotion to the campus. Goldman came to UC Davis in 1977, teaching in the Department of Behavioral Science in the College of Agriculture, where she taught undergraduate courses in program evaluation and teaching credential courses for more than 10 years. (During her ﬁrst two years, she completed her PhD from Cornell.)

Her expertise in what was an emerging ﬁeld, education evaluation and policy, and 10 years of experience on campus, led then-Chancellor James Meyer to name her special assistant to the chancellor.

“Chancellor Meyer decided to invest in education, seeking to apply the agricultural extension model to increase education outreach to communities,” said Goldman. “CRESS [Cooperative Research and Extension Services toSchools] was really his idea. This was the beginning of the campus’s rethinking of the function of an education unit.”

In her role as special assistant (she continued to teach part-time), Goldman drove the development of a new architecture for the disparate education functions that existed on the campus at the time. Through her efforts, most of the subject matter projects were brought into the CRESS Center, and all of the credential programs were merged into one teacher education department. Eventually, her work led to the formation of the Division of Education.

In the early 1990s, Professor Barbara Merino was named the ﬁrst faculty director of teacher education. Goldman was named associate director, serving in that role for nearly 20 years. Goldman credits Merino’s work to “take on a research-based proﬁle” as the beginning of the intellectual and physical growth of the education program and eventual decision to transform the division into a school.

Together, Merino and Goldman weathered very constricted budgets in the 1990s when the Division of Education was almost eliminated. “Those were difﬁcult times,” said Goldman, “but as the budget got better, the campus recommitted to supporting the division and eventually invested in the School.”

From its nascent beginnings through the tough budget years, Goldman was a steady hand steering the course of the teacher education program. Over the course of 15 years, she presided over unprecedented growth in the program, as well as mind-boggling changes in federal and state requirements for credentialing teachers. “The job has become much more complex,” said Goldman. “There are more and more regulations, and the recent trend for assessment has led to a lot of reporting to state and federal agencies.”

During her time as associate director of teacher education, the program’s annual enrollment grew from 94 to 154. In all, Goldman oversaw a program that graduated more than 2,300 well-prepared teachers for the state of California.

“Each and every one of these teachers came under Barbara’s watchful eye,” said Founding Dean Harold Levine. “This impact on public education in our region and state is among Barbara’s most visible and meaningful legacies. All of us who are committed to public education have much to thank her for.”

In 2006, Goldman received the James H. Meyer Distinguished Achievement Award, among the most prestigious awards bestowed by the campus. Goldman was the 34th recipient of the award and only the second from the School of Education. Her nominator, Jim Grieshop, professor emeritus in human ecology, said, “I have always found Barbara to be very humble. She is never one to seek recognition for her work.”

“Barbara has brought so many skills to teacher education, and the School of Education more generally, that it would be impossible to list them all,” said Levine. “The associate director position is a demanding and complicated one, but Barbara has made it seem effortless because of her extraordinary orga-nizational skills, her creativity in problem-solving, her ability to tackle the small issues while always keeping the big picture of teacher education in mind, and, of course, her common sense and great wisdom.”