Lee Martin, associate professor of education, has been selected as a 2017-18 UC Davis Chancellor’s Fellow, a title he will hold for five years. The Chancellor’s Fellows Program recognizes associate professors or recently promoted full professors who are “the rising stars who shine as teachers and campus citizens, and whose scholarly work already puts them at the top of their fields — garnering attention far and wide.” It is one of the highest and most prestigious honors given at UC Davis. 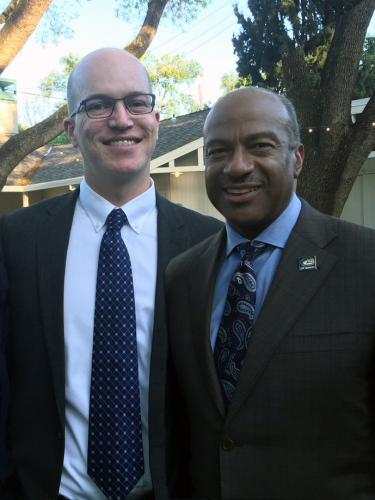 Martin’s selection as a Chancellor’s Fellow will ensure that his scholarship receives wider recognition and will enable him to pursue his work in new and creative ways. Martin received a one-time award of $25,000 to support his research and projects.

The Chancellor’s Fellows Program is supported by funds from the Chancellor’s Club and the annual fund of the University of California, Davis. The goal of the program is to honor the achievements of outstanding faculty members early in their careers.