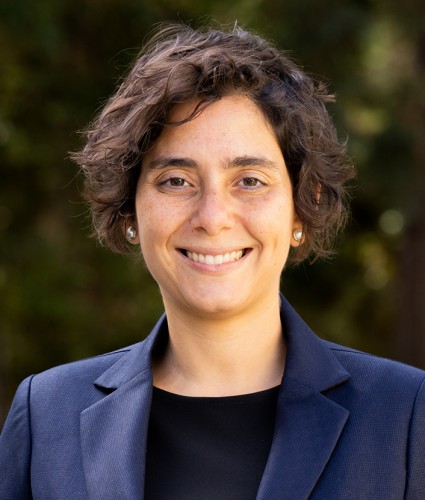 Dr. Alicia Rusoja joined the School of Education faculty as an assistant professor in July 2022. She studies the literacy, teaching and learning practices of Latinx immigrants organizing for their own and others’ human rights. Among other research projects, Rusoja is in the second year of a five-year study on the impact of COVID-19 on the educational, literacy and organizing practices of Latinx immigrants in South Philadelphia, and she presented her preliminary findings at The Migration Conference 2022 at Mohammed V University of Rabat in Morocco, in early September. She has been named a UC Davis CAMPSSAH Faculty Scholar.

Rusoja is particularly interested in the everyday literacy practices and educational experiences of Latinx immigrant youth, families and communities, which often go unseen or are discarded in formal educational settings. “Latinx immigrant children, youth and adults are knowers, and very many are activists and intergenerational organizers,” she said, “but their complex literacy and educational practices are decentralized in schools, along with those of fellow historically marginalized, racialized and disenfranchised peoples. We cannot have an equitable and just society without including, privileging, honoring, and sustaining the powerful pedagogies and literacies of Latinx immigrants in schools. There is so much that educational institutions can and must learn from the intergenerational pedagogies and literacies of Latinx immigrant communities who every day resist oppressive societal policies and practices.”

Rusoja’s research approach reflects this same outlook. “I firmly believe in community-led action research, research that comes from communities ignored and/or deficitized by mainstream society, research that is by, with and for these communities, research that enacts research justice,” she said. “I’m also a big proponent of collaborative writing and research, because it is necessary for the voices of marginalized communities to fully shape academic knowledge production.”

An immigrant herself, Rusoja came to the U.S. with her family from Venezuela when she was in middle school. “My dad was already an immigrant,” she said. “He had already emigrated from Chile to the U.S., and then to Venezuela, as a direct result of the dictatorship imposed by the U.S. in Chile.”

Rusoja’s transition to living in the U.S. was difficult. In middle and high school, her classmates and teachers made fun of her accent. “This was happening in the 1990s in Miami, Fla. despite there being so many immigrants there,” she said. “It comes down to what you’re learning in school. If school is only in English, and only shows the lives and practices of one type of person—a middle-class white person—then that’s your standard of what is ok.”

Rusoja’s school counselor told her to only apply to local colleges because she wouldn’t be accepted by universities. Rusoja applied to Brown University anyway, and was accepted, but during college felt out of place at a predominantly white institution. She turned to the immigrant community in Providence, RI to find community, and for four years taught participatory English classes to Latinx immigrants at the nonprofit organization English for Action. “I taught English in the context of people being able to fight for their rights,” Rusoja said. “For example, ensuring your wages weren’t stolen, making sure your boss lets you take a sick day, being able to talk to your kids’ teachers. It was all in the context of organizing. And I ended up building lifelong community with people who were undocumented, who were Indigenous, who spoke many other languages aside from Spanish, who were really brilliant, hardworking, brave, and incredible educators and organizers.”

That experience was transformational. During her last year at Brown, Rusoja completed a semester away in New York City, teaching in a dual language third-grade class with mostly Dominican and Puerto Rican students. She went on to subsequent professional roles and volunteer service as an education director at English for Action, a coordinator of a participatory ESOL program, a tenants’ rights hotline volunteer, a Spanish/English community translator, and the associate director of the Inter-American Educational Leadership Network at UPenn. She earned her PhD in Reading/Writing/Literacy at the University of Pennsylvania in 2017.

Rusoja comes to Davis after serving as an assistant professor for four years at Saint Mary’s College of California. “UC Davis being a public institution aligns so well with the kind of work I want to do,” she said. “I’m excited that the university has systems in place to support marginalized students, including undocumented students, and I want to partner with those communities and help build those systems further. This position links the Chicana/o/x Studies department with the School of Education as well, which is a perfect match with my research and will allow me to work with Yianella Blanco and Michael Singh, who are extraordinary, to grow the SOE-Chicanx/Latinx Studies connection. I can’t believe my good fortune that I’m going to be working with so many scholars here that I admire!”