The LEARN CitSci project was guided by an advisory board of eight citizen science practitioners and educational researchers from across the UK and USA. We extend our thanks to the Advisory Board for their support and insights throughout this research.

Justin Dillon – Professor of Science & Environmental Education, University of Exeter
After taking a degree in chemistry from Birmingham University, Justin trained as a teacher at Chelsea College and went on to teach in six secondary schools in London. His research originally focused on teaching and learning about chemistry in England and Spain. Over the past 15 years he has focused more on science learning outside the classroom, particularly in museums, science centres and botanic gardens in the UK, Europe and elsewhere. Justin was elected President of the European Science Education Research Association from 2007-2011 and is co-editor of the International Journal of Science Education. He is a trustee of the Council for Learning Outside the Classroom and was Chair of the London Wildlife Trust for many years.

Dragan Gašević – Professor of Learning Analytics, Monash University
Dragan Gašević is Professor of Learning Analytics in the Faculty of Information Technology at Monash University. A computer scientist by training and skills, Dragan considers himself a learning analyst developing computational methods that can shape next-generation learning and software technologies and advance our understanding of information seeking, sense-making, and self-regulated and social learning. Dragan is a recipient of several best paper awards at the major international conferences in learning and software technology. The award-winning work of his team on the LOCO-Analytics software is considered one of the pioneering contributions in the growing area of learning analytics.

Sarah West – Senior Research Fellow, Stockholm Environment Institute
Sarah is a Senior Research Associate at Stockholm Environment Institute (SEI) York, and has worked there since 2008. Sarah’s research focus is citizen science. Sarah is interested in the people involved in citizen science projects and has produced reports on people’s motivations for getting involved for Defra and the UK Earth Observation Framework. Sarah has also worked as an evaluator for several informal learning and citizen science projects.

Savita Willmott – Chief Executive Officer, The Natural History Consortium Savita has been CEO of Bristol Natural History Consortium (BNHC) since 2006, leading a charitable collaboration of organisations who work together on innovative projects to connect people and the natural world. She is responsible for the charity’s major regional and national projects including Festival of Nature, the Communicate conference and national community, and The National BioBlitz Network. Savita has represented BNHC for a number of initiatives, including co-founding the UK Science Festivals’ Network, and chairing Defra’s People Engagement Group to advise government on implementing Biodiversity 2020. Savita travelled to Brussels to take part in Bristol’s presentation to win European Green Capital in 2013, and in 2014 and 2015 was seconded part time as the Director of Education and Engagement for Bristol 2015. Savita represents the charity on a number of local and national boards and committees, and advises international engagement projects.

US Advisory board members:

Nicole Ardoin – Associate Professor in Education & Environment, Stanford University
Nicole Ardoin is an associate professor in the Graduate School of Education and a senior fellow at the Stanford Woods Institute for the Environment at Stanford. A unifying theme across Professor Ardoin’s work is an interest in education as an opportunity to engage communities in productive dialogue about sustainability to build resilience and adaptability in light of changing environmental conditions. To this end, Dr. Ardoin’s current research includes studies on motivations for and barriers to environmental behaviour among a range of audiences and in varying settings; program evaluation and adaptive management in informal settings such as parks and museums; the use of social strategies by non-governmental organizations to engage individuals and communities in decision-making related to natural resource management; leadership and training programs in natural resources and conservation; and the impact of “green” buildings and the built environment on environmental attitudes, knowledge, and behaviours.

Angela Calabrese Barton - Professor of Educational Studies, University of Michigan
​Angela Calabrese Barton is a professor in teacher education. Her research focuses on issues of equity and social justice in science education, with a particular emphasis on the urban context. Drawing from qualitative and critical/feminist methodologies, she conducts ethnographic and case study research in urban community- and school- based settings that targets the science teaching- learning experiences of three major stakeholder groups: upper elementary and middle school youth, teachers learning to teach science for social justice, and parents engaging in their children’s science education. She also engages in curriculum research and development that links nutrition and science literacies in the upper elementary and middle school classroom. She is currently co- editor for the Journal of Research in Science Teaching. 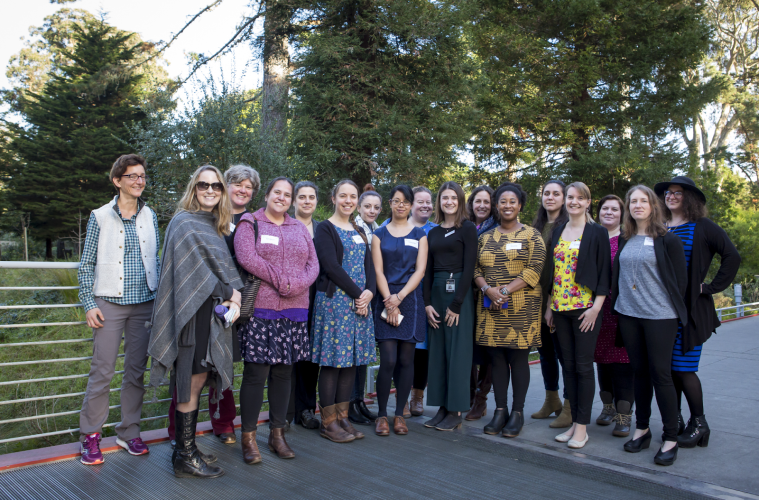