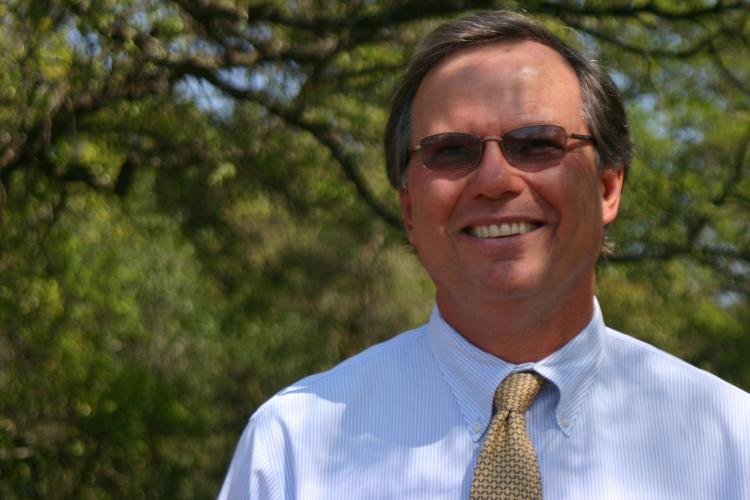 One of the most respected leaders in his community, Bart O’Brien is known for his patience, willingness to collaborate, and a seemingly endless supply of optimism. Grounded in his gold-country community and committed to its success, native son O’Brien has served in the Placer Union High School District his entire career.

“Bart believes that every individual in the organization is important and that all students can learn—these expansive beliefs create the foundation for the many decisions he has made,” said O’Brien’s nominator.

After graduating from UC Davis, O’Brien taught at Colfax High School (his alma mater) for 14 years and was named Placer County Teacher of the Year in 1985. He taught a variety of subjects, including health, English, driver education, history, California history, and American government. He also coached track, cross country, and skiing.

O’Brien transitioned full-time to the district level in 1991 and worked in staff development and grant writing. He worked with the superintendent on implementing the Quality Schools Model in the district, which has been recognized for its achievement by a large number of state and national organizations. In 1995, O’Brien took on the position of assistant superintendent for educational services, and he was selected as district superintendent in 2001.

O’Brien has been a leader in staff development as a trainer of teachers in cooperative learning and critical thinking at the county, state and national levels. He has presented at conferences and workshops in more than 40 cities nationwide. O’Brien helped write the district’s mission—committed to student learning by providing teacher excellence in a supportive environment—and believes that being intentional in this practice will empower those around him, improving the lives of the students and families his district serves.

O’Brien serves on boards of directors for both Auburn Boys and Girls Club and the Auburn Rotary Club, where he has been recognized with a number of awards. He has assisted the Auburn Chamber of Commerce as a facilitator for the “Leadership Auburn” program for up-and-coming members of the business community. O’Brien has developed cooperative relationships with organizations, governmental officials and the media, and he submits regular editorials to the local newspapers to help the community better understand education.