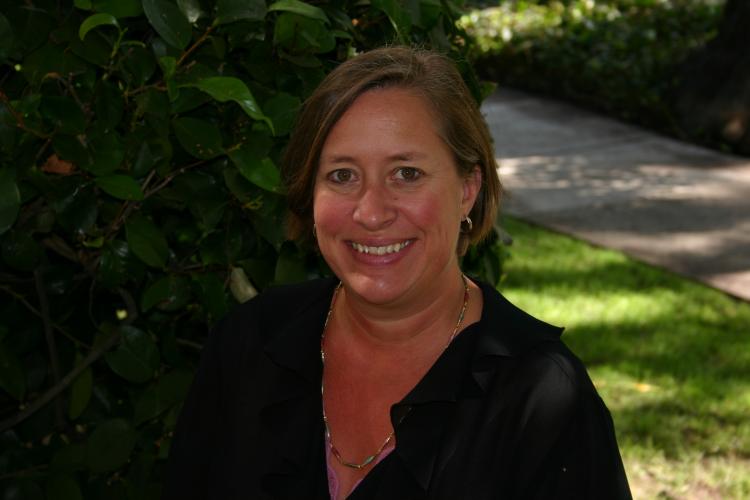 For Carolyn Zachry (EdD ‘09), finding connections and community makes all the difference.

“Make connections outside your local area to improve your practice,” she advises students and fellow alumni. “If you can, get to know educators in other counties. Get to know leaders in nonprofit organizations and businesses. Others can help you—see how you can help others, too. The more you know, the more that will inform your practice.”

Hailing from the Midwest with expertise in special needs and gifted education, Zachry came to California in the 1990s to pursue a leadership path in education. Two master’s degrees, several administrative positions at school, district, and county levels, and one EdD later, Zachry is today an education programs consultant in the Charter Schools Division at the California Department of Education.

Zachry’s interest in education emerged when her brother was diagnosed with a learning disability. She earned a special education bachelor’s degree from Eastern Illinois University and took a teaching position in Maryland that aimed to transition teenage students with emotional and behavioral disorders from a special school to a mainline high school. “They always say your first year teaching is the hardest,” Zachry said. “That was indeed a very challenging first year. I learned a lot.”

Zachry went on to earn a master’s degree in gifted education and a certificate in administration. After teaching elementary school for three years, she became involved in school leadership through school and district committees, including acting principal. “I was the one who said ‘I’ll do it’ or ‘I’ll organize that,’ and I really enjoyed what I was doing,” she said.With a taste of leadership experience, Zachry was intrigued by an all-woman panel during a job interview in California. “I got a sense that I would have more leadership opportunities available to me, that this was a more progressive state than in the Midwest,” she said. She moved to Southern California and earned a second master’s degree— this time focused on educational leadership—at California State University, San Bernardino.

Eventually Zachry married, started a family and moved to El Dorado County, where she worked for Placerville Union and Pollock Pines school districts. With declining enrollment and eventual closure of her school, Zachry moved up to the El Dorado County Office of Education and wore many hats. She served as the coordinator of categorical and student programs and built an array of community connections in the process. “At the county level, I felt my sphere of influence expand outside of the district,” said Zachry.

“That became more interesting to me. I realized I like being a part of the bigger picture.” Zachry, who became a student in the School’s EdD (CANDEL) program in 2006, credits her continued professional growth to CANDEL Co-Director Paul Heckman for his program mantra that “encouraged me to ‘think about my thinking.’ That resonated with me. I always felt that the courses were basically a framework for the discussions that happened,” said Zachry. “Our cohort talked, listened, and challenged each other. I learned a great deal about the community college system and gained a better understanding of the K-14 perspective as a result.”

She landed her current position in July 2010, and yet another world opened with more perspectives, connections and experiences. Zachry jumped right in. “It seems more limiting to me if I’m only looking inside—I want to continue expanding,” said Zachry. “In these tough economic times in education, I think it’s important for all of us to network with others to help us think outside the box.”