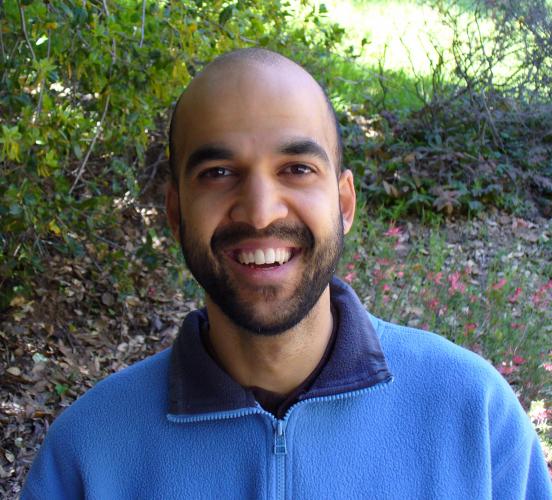 After nearly a decade in education, Iishwara Ryaru is finding that his work as a student in the School’s EdD program is changing the way he thinks. And he likes it.

After nearly a decade in education, Iishwara Ryaru is finding that his work as a student in the School’s EdD program is changing the way he thinks. And he likes it.

Ryaru says that the Capital Area North Doctorate in Educational Leadership (CANDEL) program has fundamentally changed his approach to leadership in education. He is one of eight students set to graduate from the second cohort of the CANDEL program, a joint effort with Sonoma State’s School of Education.

“I have some friends who have been through law school, and all of them have said the same thing about their law school experience: it changes the way you think,” Ryaru said. “I have found the same to be true as a result of my experiences in the CANDEL program. I have really started to think about leadership in a different way.”

“I am passionate about the idea of effecting change in the educational system,” he said. “I have wanted to learn about ways to change educational systems to make the educational experience more engaging and rewarding for all students. That focus in systems has led to a fascination with policy development and an interest in how state and federal policies impact students and staff in the local context.”

When Ryaru entered the CANDEL program, he was the principal of the first community day school in the Novato Unified School District. While pursuing his doctorate, he took a new position at the district level as director of educational assessment, accountability, and specialized programs.

“(This position) has provided me with an opportunity to see first-hand how categorical funding policies and assessment policies play out in the local context,” he said.

In looking forward, Ryaru hopes to have an impact on policy, whichever career path he follows. “If it is a district superintendent position, depending on the interests and goals of the Board, I may be able to pursue policies at the state level that support local interests,” he said. “If I work in Sacramento, the focus may be on specific curricular or system structure issues.”

“Before I started the program, I was interested in the power of great, important figures, and how they created a catalyst for large groups of people to take action,” he said. “Since I started the CANDEL program, I have learned about the power of leaders who do not necessarily conduct their daily affairs under the public spotlight. Though I still value action and articulate orators, I have also found myself interested in supporting the leadership of large groups of people. I wish to find ways that groups and communities can be involved in identifying and responding to needs at the local, state, and federal level. I am also concerned how multiple voices are brought to bear on policy matters, and how diverse perspectives can be taken into account when important decisions are made that impact education, and other societal issues.”