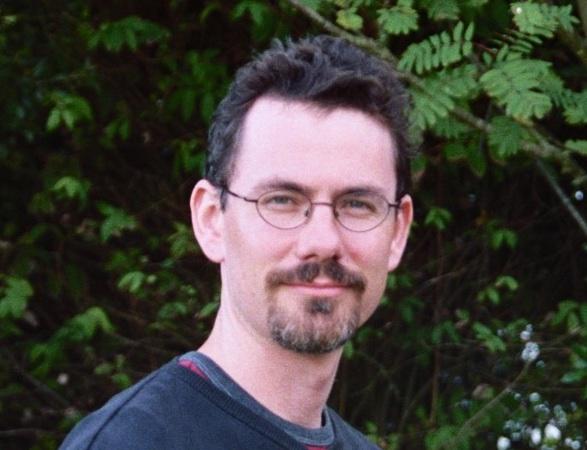 A second generation Aggie, Jacob Clark Blickenstaff (BS ’92, Credential ’93, MA ’01, PhD ’04) strongly believes in the importance of treating equity as an issue in education. Now he is exploring new avenues to help science teachers break through socio-economic, ethnic and gender barriers in their teaching.

Blickenstaff is assistant professor of physics and assistant director of the Center for Science and Mathematics Education (CSME) at the University of Southern Mississippi. He teaches undergraduate physics courses and graduate science education classes, in addition to conducting research and sharing recruiting and administrative duties with the CSME Director.

Because of his expertise in science education equity, Blickenstaff was selected as a U.S. delegate for the Third International Conference on Women in Physics (ICWIP) in Seoul, Korea, on October 8-10, 2008. The conference, held every three years, examines what can be done worldwide to increase representation of women in physics at all levels. While he was in Seoul, Blickenstaff also had the opportunity to connect with Korean educators and give seminar talks on science education at two local universities. “There is a definite sense of collaboration and reciprocity,” he said.

Blickenstaff also has an unconventional role in promoting science education equity – as a movie critic. In “Blick on Flicks,” a new periodic column in National Science Teachers Association (NSTA) publications, Blickenstaff reviews current movies and transforms Hollywood “bad science” into teachable science for middle school and high school students. He has critiqued films such as The Happening, Journey to the Center of the Earth, and even The Devil Wears Prada and Twilight to help teachers engage young women in science. Available online in both text and podcast format, “Blick on Flicks” is published in NSTA WebNews at http://www.nsta. org/publications/blickonflicks.aspx. Since last fall, Blickenstaff’s reviews have also been printed in NSTA Reports, which is distributed to 55,000 NSTA members.

Throughout his teaching career, Blickenstaff has focused on providing opportunities for all students—especially women and people of various ethnic backgrounds—to learn science. “This equity piece is very important to me,” he said. “Science shouldn’t be thought of as a subject only for a subset of our population. It needs to be more accessible to a broader range of students.”