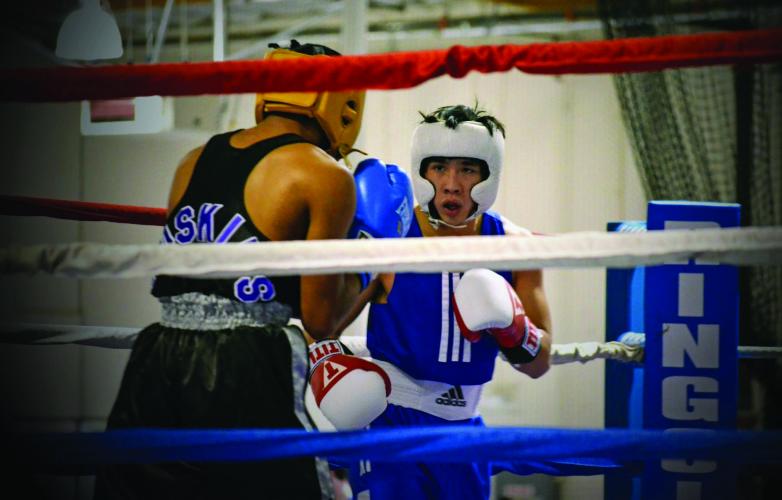 A Fighter and a Teacher: Mac Pham Might Never Have Become a Teacher if He Hadn’t Become a Boxer First

As a freshman at UC Davis, Mac Pham (BA ’14, Cred. ’16) decided to join the campus boxing club on a whim after a friend told him it would be a great way to get into shape. He didn’t expect it would also be his first step toward becoming a teacher.

Although there are more than 100 members per quarter in the UC Davis Boxing Club, Pham’s coaches noticed his talent quickly and encouraged him to begin competing. “I ended up really enjoying the challenge of it,” he said. “I was an English major, and I liked that I was honing a craft with my boxing, just like I was with my writing in class.”

Pham’s collegiate boxing career took off. He fought competitively for the first time as a sophomore, became a club officer, and ended the academic year as the club captain. As his role in the club expanded, so did his coaching and leadership responsibilities.

“I appreciated my coaches being my mentors, and how well they instructed me,” Pham said. “When I became the team captain, I got to lead a lot of practice drills and exercises and work with new people one-on-one. I liked the personal and social aspects of it. It got me interested in how effective I’d be as an educator.” 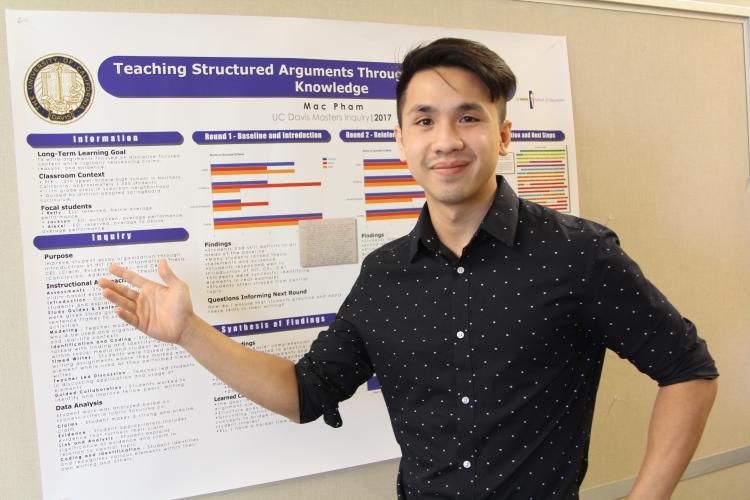 Pham explored the idea of teaching through a tutoring position at the UC Davis Partners in Learning Center, but it was an education class on working with students with disabilities that sealed the deal. Pham dove into a minor in education.

“I took two or three education classes per quarter, and I loved them so much,” he said. “I wasn’t a great student as an undergrad in general—I had some Bs and Cs. But I never got a grade below an A- in my education classes because I really enjoyed them. Learning things like scaffolding, group management and peer-to-peer exercises was so applicable to my role as a captain in boxing. It made me a better coach and helped me understand group dynamics a lot better. As an English major I loved the language and improving my skills, but I really appreciated how applicable my minor in education was to daily life.”

Pham applied to the UC Davis School of Education teacher credential program, and spent the next few months in internships and as a substitute teacher in East San Jose. “I thought my boxing career was over,” he said, “but when I got accepted into the UC Davis teaching program, well, obviously I had no choice but to go back to boxing again.”

Against all well-meaning advice about the difficulty of completing a rigorous education program while training six to seven hours per day as a boxer, Pham took on both challenges. He completed his teaching credential on schedule in June 2016—and finished second in the nation at the NCBA championships. By the time he attended his commencement ceremonies this June, he’d been hired to teach ninth-and eleventh-grade English classes at Leland High School in San Jose.

Pham was a student teacher at Grant Union High School in Sacramento while earning his credential. “It’s amazing,” he said. “I learned so much in my program that is paying dividends now. My cohort was very collaborative, and we were constantly sharing ideas and lesson plans. We’d try them out in our classes and then report back on what worked and what didn’t. I was able to adapt different strategies in my classroom, and it really opened up my style of teaching.”

Pham remembers the teachers who looked beyond his less-than-stellar school performances and piqued his interest in learning. “They made me realize that I could improve as a student and as a person,” he said. “That’s what drove me to success. I hope I can get that same idea of hard work and dedication across to my students. I hope some day, one of my students will say, ‘I remember that teacher—he’s the one who sparked my interest in learning.’ ”