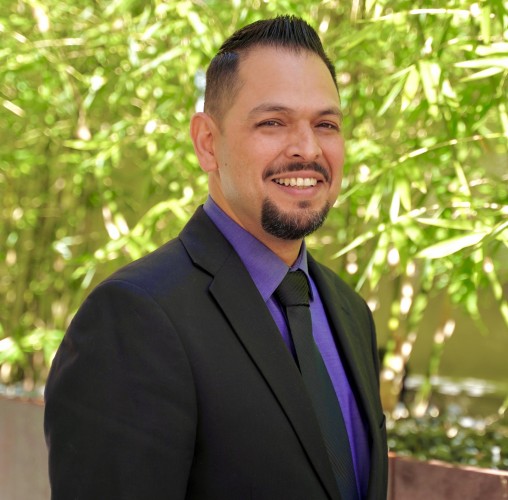 Julian comes from a family of undocumented immigrants and a bracero father. The youngest and only US born member of his family, he is a product of blue collar and racially diverse East Oakland. Since 2016, Julian has served as Executive Director of Centers for Educational Equity and Excellence (CE3), helping to lead a cluster of over ten programs that specialize in serving the more than 13,000 non-traditional and historically marginalized students at Berkeley. Before that, Julian served as director of Berkeley’s Educational Opportunity Program (EOP) for five years; EOP delivers individualized academic counseling to low-income, under-represented, and first-generation undergraduate students. With over 21 years of service to the University of California, Julian has also worked for TRIO both in Educational Talent Search and as director of Student Support Services (SSS). Among his professional recognitions, Julian has received the Berkeley Staff Assembly “Excellence in Management Award” and the campus Excellence in Advising “Advising Hero” Award for career achievement. He also served as Vice Chair for the Oakland based De La Fuente Scholarship Foundation and is an active member of NACADA: “The Global Community for Academic Advising” serving as chair of NACADA Region 9 for 2015-2017. Julian and his three siblings are all proud UC Berkeley Alum. He completed his master’s degree from San Francisco State University.