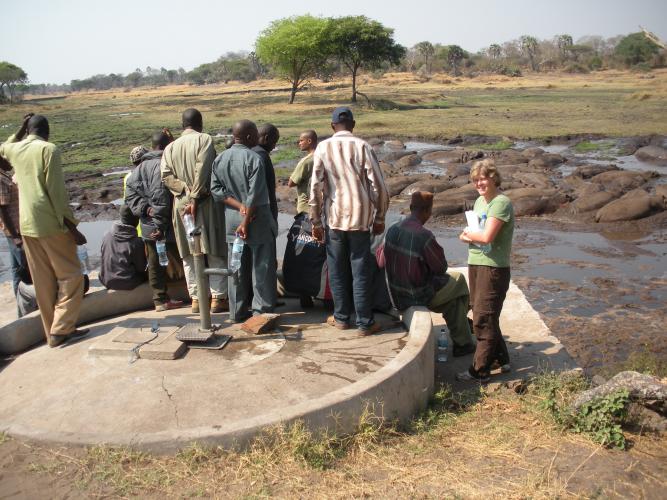 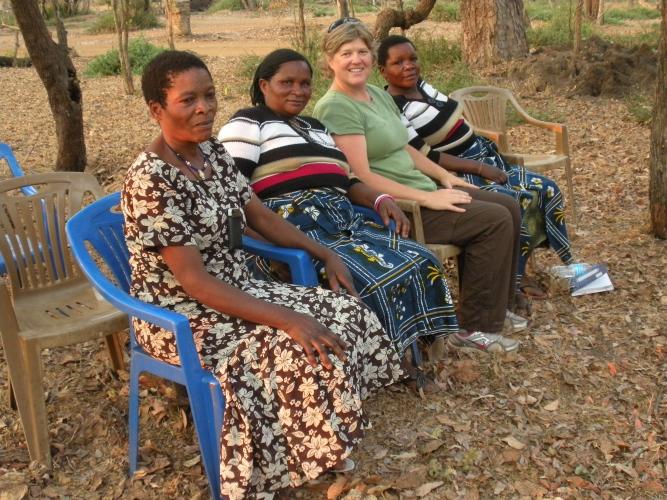 Associate Professor Heidi Ballard, an expert in environmental education and citizen science, is used to working with educators, environmentalists, students and nonprofits to engage non-scientists in learning about environmental science and acting on their learning to influence their communities.

In Summer 2012 she traveled to Mpimbwe, Tanzania, to lend her expertise to a larger project led by two UC Davis researchers that engages local people in the conservation of one of the largest wildlife parks in that country, Katavi National Park.

Ballard joined Monique Borgerhoff-Mulder, an anthropologist, and Tim Caro, a wildlife biologist, who have been working with the local communities near the Park in the region called Mpimbwe since 1995. As part of Borgerhoff-Mulder and Caro’s long-standing effort to develop community-based conservation initiatives among the more than 20 villages surrounding the Katavi National Park, Ballard is working to help the team raise awareness and develop strategies among the villagers to address increased lion killing in the Park.

In 2011, as a response to research showing lion killing to be increasing by some Sukuma people, Borgerhoff-Mulder, Caro and Project Coordinator Emily Fitzherbert launched WASIMA—Watu, Simba na Mazingira, or People, Lions and the Environment – an environmental campaign to halt lion killing emanating from Mpimbwe. The goal is to “develop a culture of strong locally-based environmental stewardship by harnessing the power of traditional policing institutions  to link environmental education, local development and environmental conservation,” according to project leaders.

“My part of the project is to help advise on how to build participatory approaches to both conservation education to help the villagers understand the impact on the lion population, and simultaneously to develop community-based conservation solutions they can implement,” said Ballard.

During her time in Tanzania, Ballard and the team took about 20 village leaders into the Park to see the wildlife up close. “Even though these people have lived their whole lives on the outskirts of the park, most had never gone into it, and had never seen lions or other wildlife in the flesh.”

Some of the villagers who attended told Ballard that their “view of the world had changed.” Gently, they engaged in a discussion at the end of the trip about how they feel about lion killing and the negative impact it is having on the population. Following on the leaders’ trips into the park, the team traveled to several villages to show environmental films in Kiswahili prompting discussion about such things as common tensions in the relationship between people and the park.

Ballard’s consistent focus on empowering non-scientists with conservation education and the ability to act on their new understanding of the environment they live in supports WASIMA’s strategy. “Only through an interdisciplinary approach can we address the question of how conservation education is linked to behavioral changes that result in conservation and stewardship practices,” she said. “My job has been to develop ways to measure the impact of what they are learning. We have collected many rounds of  questionnaires and interviews with the participating village leaders and are seeing some important changes in the way people view the park, lion-killing, and environmental degradation in their region. ”

Note: Created in 1974, and extended in 1998, Katavi National Park covers 4471km2 making it the third largest park in the country. Centred around large swampy grasslands, Katavi is well known for its prolific wildlife especially the huge herds of buffalo and large numbers of hippopotami and is an important part of a network of protected areas across the miombo-mopane biome of south-central Africa. Unfortunately tree cutting, agricultural expansion and overgrazing are eroding the park boundaries. The large mammal populations are in decline and poaching remains a significant threat.