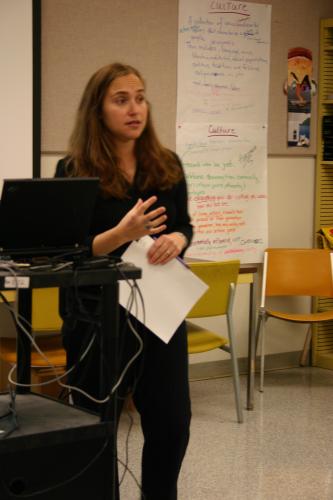 For Michal Kurlaender, conducting “research that matters” means tackling some of the most vexing and controversial problems in education: school desegregation and integration, access to college, and race.

Kurlaender, who joined the School in 2005 as an assistant professor, is keen to shine light on the conditions of schooling that impede or facilitate students’ abilities to succeed. A major factor is access—to good teachers, adequate resources in the classroom, and equal opportunity to learn. According to Kurlaender, who was a researcher at the Civil Rights Project at Harvard University for eight years, school desegregation had been a key strategy in the quest to achieve equal educational opportunities for minority students, until the 1980s.

“That has changed over the last 20 years as courts have slowly dismantled federal desegregation orders and as school districts have turned away from race as a method of assigning students to schools,” said Kurlaender. In its place, school districts are turning to race-neutral policies, such as socioeconomic status to address the harms of concentrated poverty.

Kurlaender says these changes provide fertile ground for research on segregation trends and for understanding the benefits of desegregation on minority students as well as for whites. It is also an important area for policy development and Kurlaender has worked with several school districts that are undergoing major changes in their school assignment policies as a result of legal challenges.

Postsecondary education has also become a key focus for Kurlaender. Most recently, she and UC Davis sociologist Eric Grodsky presented a paper, “The Demography of Higher Education in the Wake of Affirmative Action,” for a symposium hosted by the Chief Justice Earl Warren Institute on Race, Ethnicity and Diversity at UC Berkeley.

“In higher education policy research, there has been a huge emphasis on access, but very little has been done on college completion, which has been relatively stagnant for the past several decades, despite the fairly substantial increases in college entry,” said Kurlaender. “In new research efforts, I want to look at the possible causes of college exit without a degree, and the potential costs of low college completion rates to individuals, institutions, and society.”

Michal Kurlaender investigates students’ educational pathways, in particular K-12 and postsecondary alignment, and access to and success in higher education. She has expertise on alternative pathways to college and college readiness at both community colleges and four-year colleges and universities. In addition to working with national data, Kurlaender works closely with administrative data from all three of California’s public higher education sectors—the University of California, the California State University and the California Community College systems.