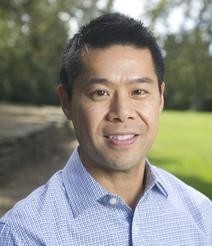 School of Education Associate Professor Kevin Gee has been named a UC Davis 2020-21 Chancellor’s Fellow, an honor given each year to a handful of associate professors or newly promoted full professors to support their groundbreaking scholarly work and service to the university as dedicated teachers and campus citizens.

“Your achievements are impressive and inspiring,” said Chancellor May when he congratulated the fellows. “I know that with this recognition, you’ll continue to contribute in significant ways to your research and teaching.”

Gee performs impactful, relevant research into the intersection and relationship between health and education, particularly in regards to underserved youth. He has received competitive awards for his work, including the 2015 National Academy of Education/Spencer Postdoctoral Fellowship, a 2014 Young Scholars Program award, and a 2015-16 UC Davis Hellman Fellowship. Gee’s exceptional work has also shaped California policy and received media coverage.

As a Chancellor’s Fellow, Gee receives a $25,000 unrestricted grant to support his research and scholarly work. This philanthropic support is generously funded by the UC Davis Annual Fund, Davis Chancellor’s Club and UC Davis Parents Fund.

Gee is the seventh School of Education faculty member to be named a Chancellor’s Fellow in the last eight years. He joins professors Megan Welsh (2019), Lee Martin (2017), Emily Solari (2016), Tobin White (2015), Heidi Ballard (2014) and Michal Kurlaender (2013), making the School of Education among the most awarded departments in the 21-year history of the Chancellor’s Fellows Program.