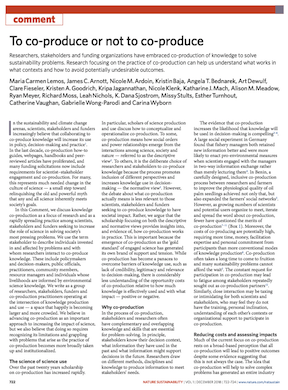 “To co-produce or not to co-produce”, a Comment in Nature Sustainability, was recently published. Ryan Meyer, our Center’s Executive Director, contributed as part of the “Science of Useful Science” working group of the Socio-Environmental Synthesis Center (SESYNC).