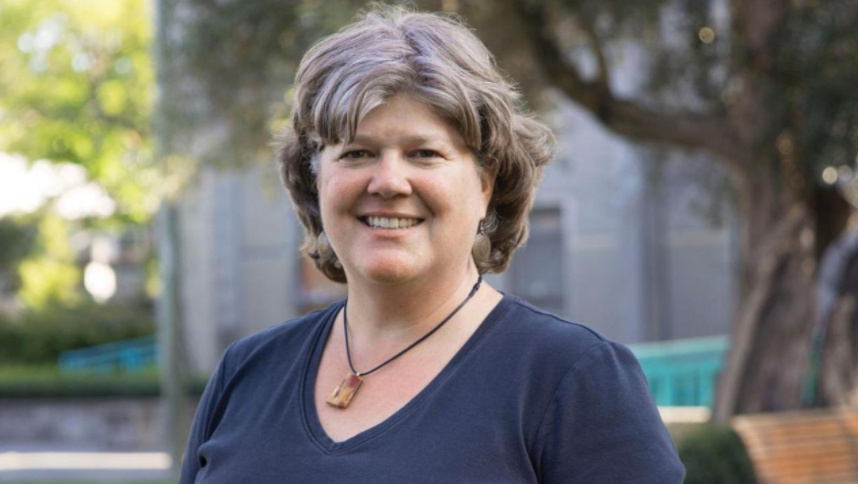 Heidi Ballard, School of Education Professor and Founder of the UC Davis Center for Community and Citizen Science

Interdependence. That’s what fuels effective scientific discovery, according to Professor Heidi Ballard from the UC Davis School of Education.

As founder and faculty director of the UC Davis Center for Community and Citizen Science, Ballard has seen how powerful it can be when scientists partner with the public to do research on environmental issues that affect their communities.

By working together, scientists and the public develop not only an interdependent relationship, but a deeper understanding of and appreciation for each other’s perspective. They also begin to unify around a shared goal — positively impacting the environment upon which we all rely.

Ballard first recognized the importance of collaborating with the public while working on her dissertation on non-timber forest products in the Pacific Northwest.

“The best way to do the research was with the people who were doing the harvesting, and not on some isolated research forest on the other side of the state,” Ballard said. “I figured out that to ask and answer a good question, you need to be partnering with the people who are affected by the problem.”

In 2006, just as enthusiasm for citizen science began to take hold across academia, Ballard arrived at UC Davis. In 2015, she conceived of the Center for Community and Citizen Science at UC Davis with a mission to help scientists, communities, and citizens collaborate on science to address environmental problems as a part of civic life.

Ballard believes in the strength of partnerships, which is why she emphasizes the critical relationship between science and education in her work with the Center.

“We work with environmental scientists on campus to think about how they can involve the public in their research, not as subjects but as partners,” Ballard said. “If we want to do research that is going to benefit practice, we should actually partner with practitioners to do that research, not do it to them or for them.”

Two master’s degrees in education, experience as a high school teacher and a Ph.D. in environmental science and forestry make Ballard keen to further expand public participation in scientific research. She has worked with a network of partners to put her ideas into practice, making new discoveries along the way.

For example, many who champion citizen and community science want to involve young people, but are concerned that youth-conducted research projects aren’t taken seriously and that the data they collect isn’t used. To address this issue, the Center conducted case studies with youth-focused science projects that provided data to scientists and government agencies.

Bringing Youth Into the Equation video

One such project at Hillview Creek focused on environmental justice brought together middle and high school students during summer to monitor water quality at a local urban creek heavily impacted by dumping, human and animal waste, and growth of invasive species. Throughout the year, some students continued meeting weekly to collect, graph and analyze the data, and prepare findings for presentation to scientific, community and government audiences.

The project helped these young people become confident with data collection protocols and then gave them responsibility for teaching sample collection and analysis to incoming volunteers and students.  It also gave them the opportunity to share their work with their communities and better understand some of the complex interconnections between humans and the natural world. While the young participants saw first-hand the negative impact homeless encampments could have on the water quality of the creek, some understood from personal experience that people living in the encampments were struggling and could not easily relocate. They learned a green and vibrant ecosystem is not always a sign of a health — especially if it’s dominated by non-native species — and that dense vegetation may protect a space from human traffic, but can also limit human investment and allow for unchecked illegal dumping.

Ballard believes teaching young people how to use scientific methods, like evidence-based decision-making or accurate data collection and analysis, shows them they can contribute positively to society at any age.

“Science and the scientific method are seen as powerful and valuable in Western society,” Ballard said. “We can give that to kids who don’t feel they have that power right now. Kids, especially those from underrepresented communities, can start to see themselves as someone who knows science. Science is powerful. Kids enact agency to make change in the world, and that’s where we want kids to be.” 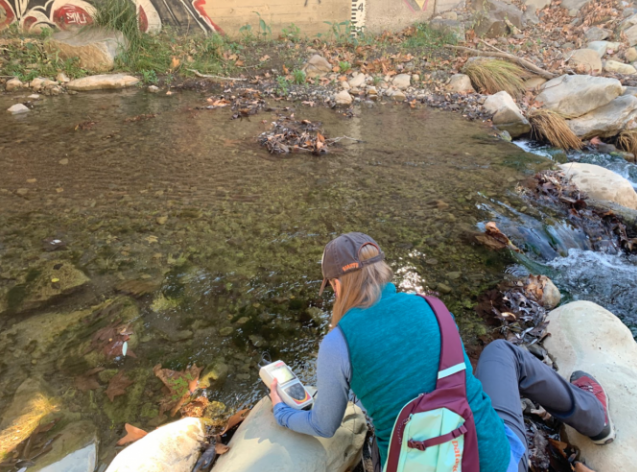 According to Ballard, working together can help scientists and the public build greater trust with one another and strengthen their interdependence — for the benefit of all.

Public participation in scientific research facilitates mutual learning while accomplishing several other key objectives. It encourages citizen science — members of the public collect and catalogue data that professional scientists can use to further our understanding of environmental problems. It allows scientists to learn from members of the public through community-driven research or monitoring and empowers people to learn scientific methods they can then apply to their daily lives.

“There’s a big disconnect between scientists, research and the general public right now,” Ballard said. “The more we can help scientists understand the public and what they need and want, and have the public understand what scientists do, the more we can bridge that divide. That can lead to a more sustainable and just society.”