Faltis is also an oil painter, whose work has been shown in Arizona, Georgia, and Texas and often addresses education themes. His work focuses on language diversity from critical hybridity theory to promote the creation of robust learning environments in which local language practices contribute to learning, interaction, and performance. 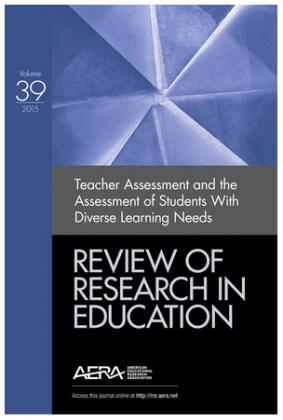 In 2013, Professors Jamal Abedi and Christian Faltis were selected to edit two volumes of Review of Research in Education, one of the most influential education research journals in the world. With Volume 39, Teacher Assessment and the Assessment of Students with Diverse Learning Needs, they complete their run as editors of the prestigious publication.

Through this study, professors Jamal Abedi and Christian Faltis investigating the impact of the WRITE Tier 2 writing program on the academic performance of English Language Learner (ELL) students and on teacher instructional practices in middle and high schools.

Are New Teachers Ready to Teach?

“Teacher preparation has been a hot topic for years in the education community. But now more than ever the nation seems focused on teacher quality and performance in the classroom. How well are teacher education programs preparing future teachers? What elements are essential for the successful preparation of novice teachers entering the classroom?”